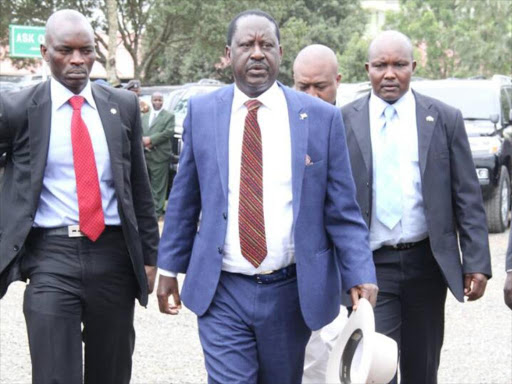 Hundreds of Kenyans arrived as early as 6am at Kabiruini ASK showground in Nyeri for Madaraka Day celebrations on Thursday.

Despite the chilly weather, guests walked into the venue as directed by police officers manning the gates.

Guests were settled by 10am ahead of celebrations to mark the 54th Madaraka Day.

President Uhuru Kenyatta arrived at about 11.20 am with DP William Ruto, First Lady Margaret and several government officials. Performances by various individuals and groups took place after he inspected a guard of honour.

NASA principal Raila Odinga and other Opposition leaders are also at the venue where security is tight.

Uhuru will lead the celebrations, and give an addresses on issues affecting the public, on the backdrop of a dwindling sense of nationalism.

Kenya’s national holidays have gone through interesting twists and turns since the country attained its independence in 1963, and became a republic in 1964.

For a long time there was very little clarity about what constituted a national holiday and why these were created.

On Madaraka Day, Kenyans celebrate the moment in history when the country was granted internal self-rule by the British colonialists.

Business boomed in the town ahead of the celebrations at which at least 30,000 people were expected.

After the event, the President will hosted to lunch at the county commissioner's residence near Nyeri town.