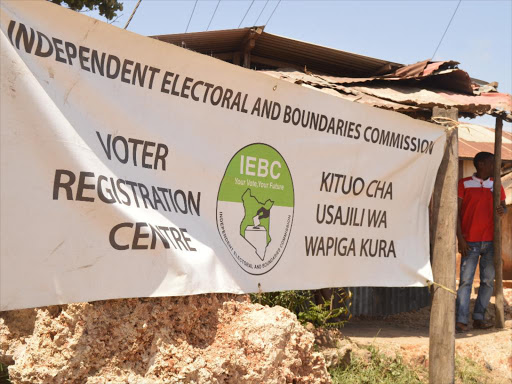 ANC has asked the electoral agency to put its house in order before the August 8 polls.

Secretary general Godfrey Osotsi said IEBC's decision to suspend its IT director is clear evidence that it is unprepared to handle the elections.

"It has come as a big shock that IEBC has resorted to using the non-updated membership lists, which are in the custody of the Political Parties Registrar instead of the more reliable lists they demanded from parties," he said in a statement on Monday.

Osotsi noted the chaotic procurement of electronic gadgets needed for the elections, ballot papers and the recent "suspect" redeployment of returning officers as clear manifestations of IEBC's unpreparedness.

"Kenyans could be witnessing the proverbial lull before a major storm that could paralyse the country," he said.

"Maybe we need a strategic crisis meeting by all stakeholders to call IEBC to order and draw a crash program way forward to salvage the situation before we reach a point of no return."

The SG asked IEBC chair Wafula Chebukati and CEO Ezra Chiloba to come clean on the unsettling state of affairs at the commission.

At the weekend, IEBC issued a statement saying it had sent its IT director on compulsory leave.

James Muhati was on Saturday sent on a 30-day compulsory leave for not cooperating with the audit department.

"He failed to cooperate in the provision of information requested from the department contrary to the public, finance and management regulations 2015," communications manager Andrew Limo said in a statement.