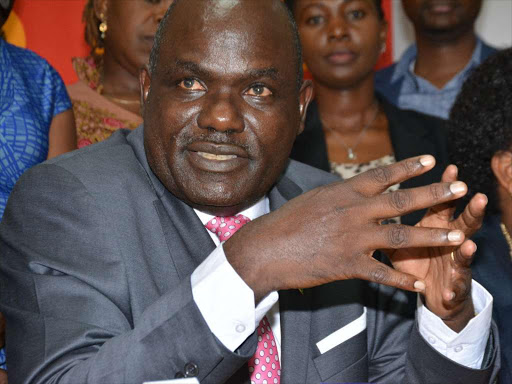 902 candidates will be vying for MCA position, 55 for the Senate and three for the Presidency.

Those cleared for President include Raila Odinga (ODM), Abduba Dida (Alliance for Real Change) and Ekuru

But the IEBC warned that those whose details do not appear in the Candidates Registration Management System will not be cleared.

IEBC Chairman Wafula Chebukati, however, added that, if the independent candidate has been gazetted but missing from the CRMS such may be nominated.

“Persons who have been nominated by two parties or appear on different party nominee lists, such persons shall not be nominated unless clarity has been sought from the political party concerned and formally communicated to the Commission,” Chebukati said in a statement.

He added, “In instances where a person is nominated as a party candidate and has also submitted to the Commission the symbol and letter of intention to contest as an Independent Candidate, such shall not be cleared. For a person to contest as Independent Candidate, they must not belong to any political party at least three months to the General Election. To be a candidate of a political party, one has to be a member of the party at the time the parties submitted their party membership lists.”

A total of 337 Returning Officers were gazetted to undertake clearance of 16,364 candidates vying for the different elective positions.

The Commission also said that returning officers may use party membership cards for political party candidates or resignation letters for independent candidates where applicable.

In areas with no internet services for full performance of the CRMS, the officers have been advised to process the candidates manually using forms provided that have been provided for by the Commission, and later visit the nearest IEBC office to update details in the system.

Aspirants vying for parliamentary and gubernatorial seats will be cleared on June 1 and 2. The Commission will then publish the names of all nominated candidates on June 10.