Victory for Ogiek as African Court rules against Kenyan government 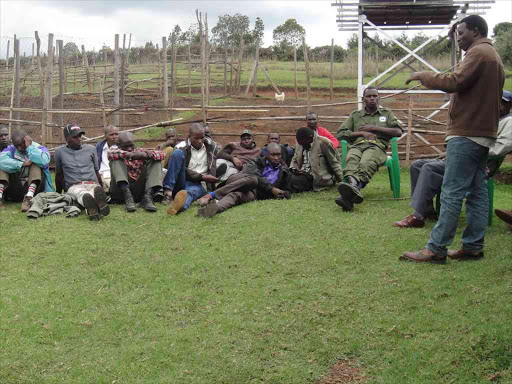 has violated the forest-dwelling Ogiek people's rights to land, religion, culture, development and non-discrimination, the African Court on Human and Peoples' Rights ruled on Friday, in its first decision on indigenous people's rights.

The Ogiek live in the Mau Forest -

Kenya's largest water catchment area - in the Rift Valley. But along with other hunter gatherer communities they have faced repeated evictions from the land since colonial times.

"By expelling the Ogieks from their ancestral land against their will, without prior consultation and without respecting the conditions of expulsion in the interests of public need, the respondent (Kenyan government) violated the right to land," the court ruled.

Minority Rights Group International (MRG), one of three complainants, hailed the ruling as a "huge victory" which would have major ramifications for other communities living on protected lands across Africa.

The Tanzanian-based court, which started work in 2006, is the highest human rights body in Africa.

Kenya's Office of the Attorney General was not immediately available for comment, but the government has justified the evictions on the grounds of environmental conservation.

"I am extremely pleased, not only for the Ogiek, but also for other indigenous people in Africa," said Lucy Claridge, legal director of the London-based MRG.

"One of the main things that the court has recognised is that the preservation of forest land does not justify evictions of indigenous people," Claridge said by phone from outside the court where a crowd of Ogiek and Maasai sang and danced.

Campaigners argue that the best way for

to protect its forests is to give indigenous communities like the Ogiek ownership of the land on condition that they conserve it.

"If the Ogiek are given the chance to practise their traditional way of preservation ... I think it will be the best ever."

The court found that the main causes of environmental degradation of the Mau Forest, which lies 200km (125 miles) northwest of Nairobi, were "ill-advised" logging concessions and settlement by non-Ogiek people.

The OPDP took the case to the African Commission on Human and Peoples' Rights in 2009 after the government issued eviction notices to around 35,000 Ogiek, plus other settlers. The commission works closely with the African Court.

Kenya's 2010 constitution recognises community rights to ancestral land, the court found it was "not fully effective" in securing the Ogieks' rights.

The marginalisation of the Ogiek dates back to when British colonialists refused to recognise them as a tribe, which would have entitled them to land, Justice Augustino Ramadhani said in a live broadcast from Arusha.

Land Commission rejected the Ogieks' request for recognition in 1933, describing them as "a savage and barbaric people who deserved no tribal status" and advised them to assimilate with another tribe, he said.

The court will meet again to discuss reparations. It ordered

to take "all appropriate measures" to remedy the violations.

Although the court's ruling is legally binding, it cannot sanction parties for non-compliance.

It is the second ruling against

regarding its treatment of indigenous people since 2010 when the African Commission found that its eviction of the Endorois from their land for tourism in the 1970s violated their human rights.

"In this one ruling, the court has both affirmed the Ogiek’s right to live freely on their ancestral land, and proved to the continent that regional justice mechanisms work.

“But a ruling is not enough, it must be respected. The Kenyan government must now implement the ruling and let the Ogiek live freely on their ancestral land,” AI said in a statement on Friday.