Mother appeals for help after only child goes missing in Juja 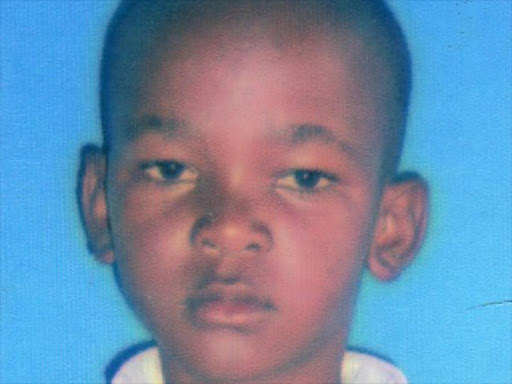 A mother in Juja, Kiambu county is appealing for help after her only son went missing on April 19.

Narrating her ordeal to journalists on Tuesday, Helen Musenya said that morning, she sent Bernard to buy milk for their breakfast.

"Since it was the height of party nominations, I assumed my son had been attracted by the campaigns," said the single mother.

But she started getting worried when dusk reached her son failed to show up.

Musenya said she reported the matter the following day at the local AP camp and Juja police station.

She was told the matter will be relayed to other police stations.

"Since then I have been going to the station only to be told my son has not been found. I have been having sleepless nights over my son's disappearance. I am praying to God that he will be found alive," she said.

Musenya, who works in a hotel, has been unable to return to her duties as she looks for her missing son.

"I have looked for him everywhere without a trace. I am now appealing to anybody with the slightest information of how I can get my son to end my agony," she said.