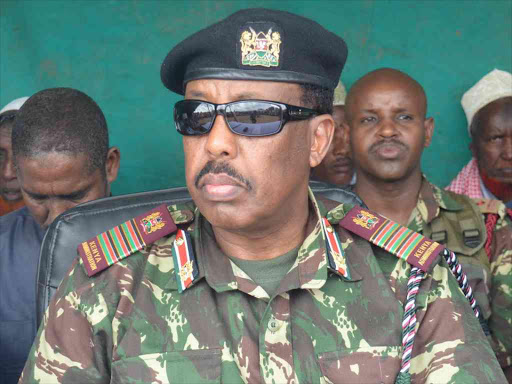 Four people were yesterday killed when a civilian vehicle ran over a bomb in Dadaab’s Garissa county.
The incident occurred at Aligabay, 70km from Liboi town.
Residents and security sources told the Star the four were in a Toyota Prado. They died on the spot. The vehicle was also ripped apart.
They were two men, a woman and a child.
Speaking to the Star on the phone, Northeastern regional coordinator Mohamud Saleh said the IED might have been planted at night. He stated that they believe the assailants might have been targeting security officers who patrol the border.
“We suspect that it is al Shabaab militants who planted the IED. Our officers have been carrying out operations in the area so we suspect that the militias were targeting one of our security vehicles,” Saleh said.
The incident happened 10 minutes after a police Land Cruiser full of officers heading to Liboi passed the area.