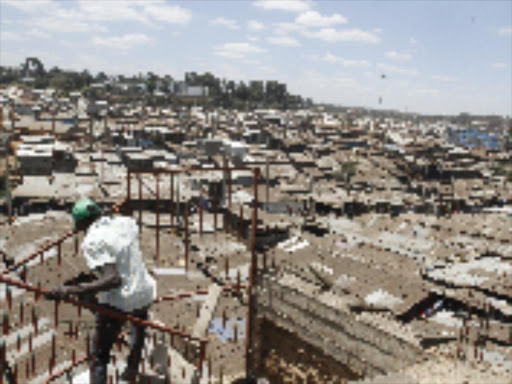 UN Habitat said the funding covers 2017-2021 but noted the Sh1.1 billion is a seed fund meant to catalyse public resources.

The money was given by the European Union, which said it will explore the possibilities of national level banks and the private sector to finance slum upgrading initiatives in Africa.

The programme was first mooted by the secretariat of the African, Caribbean and Pacific Group of States.

The funding announcement was made during the 26th session of the UN-Habitat governing council in Nairobi on Friday.

“I am delighted to celebrate and announce the third round of funding for the global Participatory Slum Upgrading Programme,” said Ambassador Léonard-Emile Ognimba, the assistant secretary general of the secretariat of the African, Caribbean and Pacific Group of States.

“Going forward, we would like to see the strengthening of community-led processes, and empowerment of local and national governments to build their financial and technical capacity to tackle the slum challenge,” he said.

The UN did not name beneficiary slums but said local authorities are expected to co-finance the process.

On his first visit to Kenya as Secretary General of the United Nations in March, António Guterres was led to a community space in Mathare to meet community members benefiting from UN Habitat programmes and partnerships.

Mathare Valley has an estimated 70,000 children, with only about four public schools to educate them, according to the Education ministry.

Many of them do not attend school and often turn to prostitution or join Nairobi’s criminal gangs.