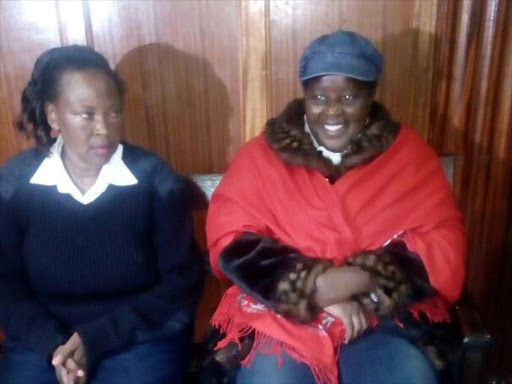 Bishop Margaret Wanjiru when she appeared in court over chaos at Jubilee primaries, April 27, 2017. /COLLINS KWEYU

Bishop Margaret Wanjiru has been denied bail after she was charged

with malicious damage to property and creating a disturbance.

The Nairobi governor aspirant stormed the City Park polling station on Wednesday with her supporters who destroyed voting materials.

She denied the charges before chief magistrate Francis Andayi on Thursday.

directed that the aspirant be detained for five days until police conclude investigations into the matter.

He said the politician is required to deposit a Sh500,000 bond and give two sureties after the five days elapse.

In mitigation, Wanjiru asked the court to allow her to be detained at the police cells so that she can access her medication.

to prove that she was not feeling well.