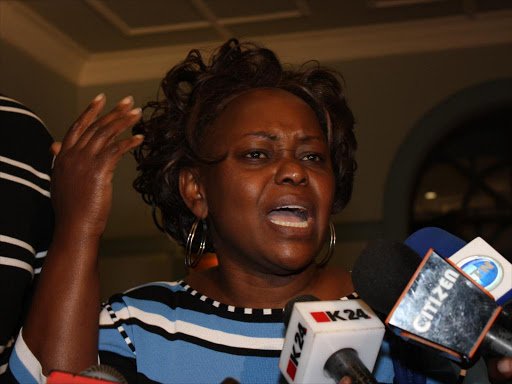 The house in Urianda village was burnt on Wednesday morning by a mob, reportedly over political reasons.

Several household items including chairs, beddings and utensils, were destroyed in the incident

The MP told the Star on phone that the incident was meant to intimidate her following her victory in the ODM nominations.

threaten and even kill me over political reasons.”

She said she has recorded a statement at Mbita police station.

Millie said some residents started having bad blood with her on grounds that she was not born in the village.

calling me a stranger. That is why they are looking at every means to

"Earlier they intended to attack my vehicle at Koyani village but I evaded them after which they resorted to burning my house," she added.

in the fire incident.

He also asked residents with information about the arson to record statement with them.