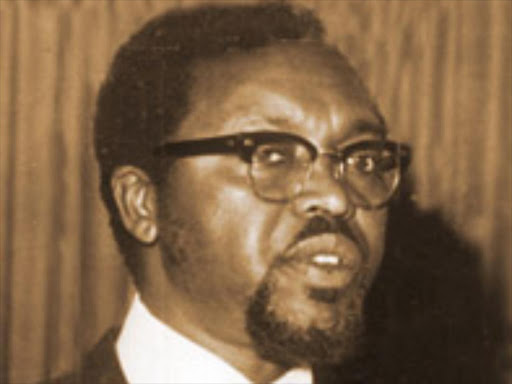 Waiyaki died while undergoing treatment at the Aga Khan hospital on Tuesday morning.

Sources did not disclose the illness Waiyaki succumbed to.

Waiyaki was a minister for Agriculture and Foreign Affairs in Jomo Kenyatta's government. He attended Alliance High School up to 1945.

After his father introduced him to Jomo Kenyatta and Mbiyu Koinange, he was hired as a government doctor.

He served in the position for less than a year after which he retired and opted to set up his own clinic.

Waiyaki served as the district chairman for Kenya African National Union for the period of 1960-1968.

He was elected North Eastern Nairobi (now Kasarani) for the first time in May 1963.