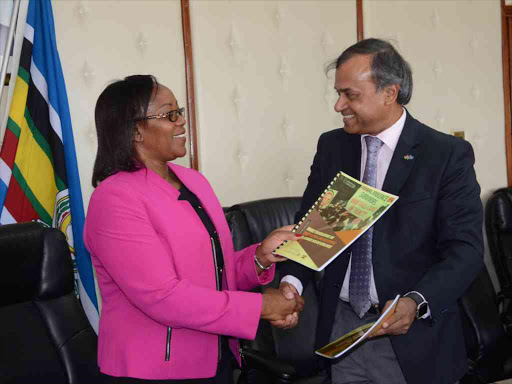 She urged leaders to settle their scores in other ways instead of resorting to physical violence, hiring goons and intimidating opponents.

“The way women are being exposed to hooliganism and being threatened by their male opponents is totally unacceptable. It is barbaric and uncalled for,” she said in her Harambee House office.

Kariuki said that during the election period, leaders should stand up for the rights of equality and shun acts of violence as it portrays Kenya in bad light.

Cases of women being assaulted during campaigns has been on the rise with most aspirants complaining of intimidation and some physical violence and destruction of their campaign materials.

Nyeri senator aspirant Sheila Githaiga was robbed by more than 30 men armed with batons and machetes on Monday night in Kieni West.

She alleged that the attack was pre-planned and it was a scheme to push her out of the race through threats and bullying.

Aguthi Gaaki MCA aspirant Caroline Wangai also claimed that her male rivals are capitalising on gender issues, spreading notion that women should not be allowed in leadership.

Kariuki said she is optimistic that the two-thirds gender rule will be implemented.

She said the Bill has been presented in Parliament twice without being passed, but was grateful for President Uhuru Kenyatta's commitment in ensuring women are allocated seats and positions in government.