Moses Kuria cleared in case of Facebook incitement against Luos 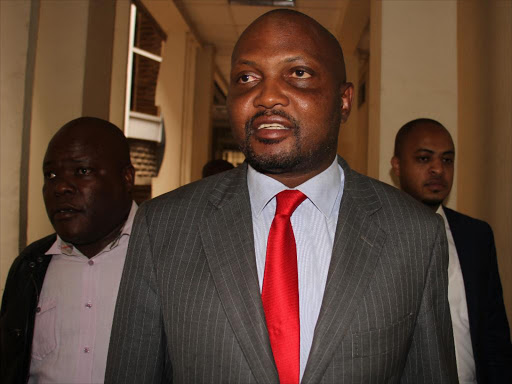 had been accused of issuing statements against members of the Luo community.

Kuria was accused of saying the

that left 15 people dead and many Injured was orchestrated by 'Odhiambos, not 'Somalis'.

He was charged with incitement to violence, hate speech and fanning ethnic hatred in

magistrate Teresa Nyangene cleared the MP saying the prosecution failed to prove the case against him.

Nyangene also said it was not fully established that the social media account belonged to Kuria.

She added that the prosecution failed to satisfactorily show the manner in which the MP updated his status.

Kuria and Kabete MP Ferdinand Waititu were cleared on February 20 of other incitement to violence charges for lack of evidence.

The two were among eight legislators accused of alluding to the physical injury and death of Opposition leader Raila Odinga at Kasarani Gymnasium on June 13, 2016.

Kuria allegedly called for Cord leader Raila Odinga's assassination, saying he was a threat to Kenya.