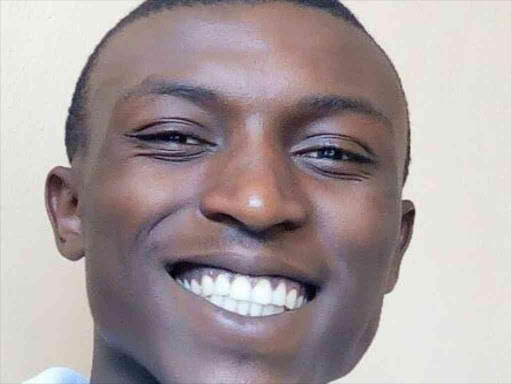 IPOA has opened investigations into the alleged killing of a son to a senior officer by Administration Police officers in Utawala, Nairobi.

Elijah Mbugua, son to Runyenjes senior police superintendent Njoroge Mbugua, was shot dead by an AP at a shopping centre in Utawala Estate on April 6.

The 23-year-old had gone to buy meat but was reportedly stopped and questioned by a group of APs before he was killed in the 8pm incident.

"We were informed that as he was talking to the group of APs, another female officer emerged and ordered Elijah to sit down," said the uncle Jeremy Shabati.

"She said the officers questioning Elijah were wasting their time before she shot him," Shabati added.

Boda boda operators at the scene said Elijah begged for his life, saying he was not a criminal and his father is a police officer. But the AP went ahead and shot him.

The family said they reported the incident at Ruai police station.

They said they also recovered spent cartridges at the scene and a postmortem done at City Mortuary indicated that Elijah had been shot nine times.

"This is a case of extrajudicial killing of an innocent young person who was not armed, without any reason or provocation," Shabati said.

"We hope there will be speedy investigations so that justice is done," he added.

"So far nothing has happened and IPOA has promised to get back to us after the burial (on Thursday)," Florence said.

She said her son never engaged in any criminal activities and wondered why the APs did not instead arrest her son.

Senior officers at IPOA told the Star that the matter is among those undergoing investigations.

Post a comment
WATCH: The latest videos from the Star
by MATHEWS NDANYI @ndanyi_mathews
News
12 April 2017 - 12:00
Read The E-Paper