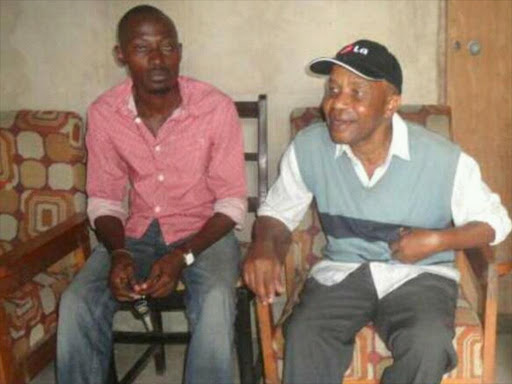 referred there from Mariakani sub-district hospital.

"Eddy complained of stomach problems which doctors found to be as a result of a perforated gut," said family member Nelson Gona.

"He was admitted at Mariakani hospital but his condition worsened."

Gona said Fondo died at the casualty area before he had been treated.

The broadcaster was known for his Chaguo Lako programme on Voice of Kenya in the 1980s and 90s.

Kazungu Katana, who worked with Fondo, eulogised him as a suave person who cut a niche for himself during his time.

"Fondo was a very reserved person who kept to himself most of the time. He was loved by many musicians and promoted local bands," he said.

"He is the person who made Simba wa Nyika very popular and used to play the song, Pamela.

He used to call himself MDJ (Music DJ) Fondo. He was an expert in radio continuity and I used to host him with Khadija Ali."

Fondo is said to have nurtured many people's talent during his time at KBC where he was famous for reading Salaam za Adhuhuri.

He retired from KBC in the late 2000s and went to his Kaloleni rural home.

The veteran broadcaster is survived by one wife, a daughter, a son and three granddaughters.

His body was taken to Kilifi hospital mortuary.