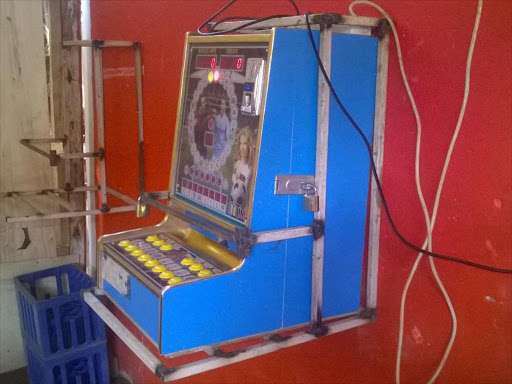 A Chinese gambling machine at a bar in Namanga town. /FILE

Gambling in public places could become illegal and culprits risk a Sh3,000 fine, three months in jail,or both, if a bill is passed.

In the proposed changes to the Betting, Lotteries and Gaming Act, landlords would be punished for knowingly allowing the use of unauthorised gaming machines.

In the Miscellaneous Amendment Bill, landlords risk a Sh5,000 fine, six months in jail, or both. Not more than two gaming machines would be allowed in a building. The board regulating gambling would be granted powers to impose the conditions.

The gambling machines are not supposed to be used by people under the age of 18.

The Bill provides that all stakes played should be applied in the payment of winnings, but not for private gain.

The stake hazarded to play the game should not exceed Sh1 per play. The Labor committee chaired by Matungu MP David Were is collecting views from lawmakers, the Treasury, the Kenya Revenue Authority and the Interior ministry on how to regulate the multimillion-shilling gambling industry.

Treasury CS Henry Rotich and PS Kamau Thugge are expected before the committee next week Tuesday to give their proposals. House deputy minority leader Jakoyo Midiwo proposes the government run all sports betting and gambling platforms to ensure taxes are remitted and to curb money laundering.

He told the committee the gambling industry is characterised by serious and unlawful practices, harmful to the state and gamblers, due to loopholes in the laws regulating operations.

KRA boss John Njiraini last week supported the move to reintroduce tax on winnings, saying it will allow the authority to access useful data to monitor other taxes, including corporate tax, withholding tax and PAYE.

He told the committee the proposed amendments to the law will increase Exchequer revenues.