Shock as four bodies found locked inside Probox in Gitaru 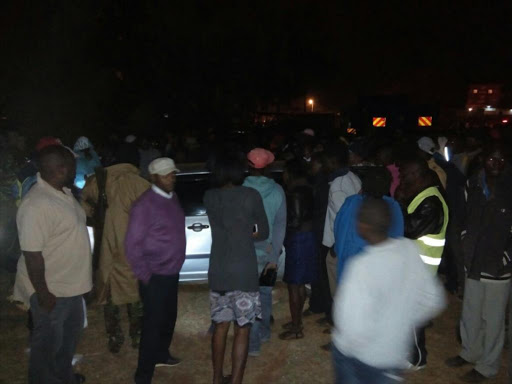 Residents mill around a probox where four bodies have been locked inside in Gitaru,February 22, 2017. /COURTESY

The bodies of four men have been found locked inside a vehicle in Gitaru, near Kikuyu.

The men appeared to have been strangled.

Two bodies were in the boot and two others on the backseat.

Witnesses said the bodies were in a Probox car that had been parked in the area since Wednesday morning.

No one has been arrested in connection with the bizarre incident.

The bodies were taken to City Mortuary for postmortem.