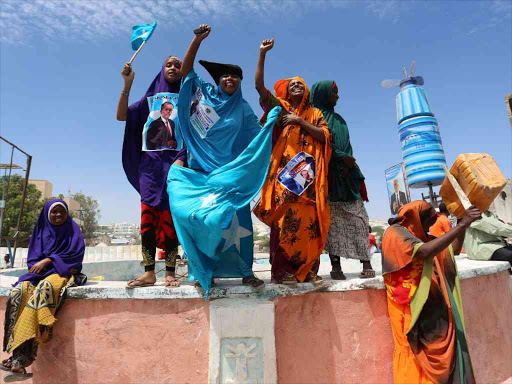 President Uhuru Kenyatta has commended Somali for successfully holding a peaceful presidential election, saying it is proof the Horn of Africa country is heading in the right direction.

Uhuru said the election gave renewed hope to the Somali people and the international community that Somalia is on the road to full recovery.

“The way the election was conducted and the subsequent peaceful transfer of power has made us very proud,” Uhuru said.

The President spoke at State House, Nairobi when he received a special message from new Somalia President Mohamed Farmaajo. The message was delivered by Farmaajo’s special envoy, Abdisalam Omer, who is the new Foreign Minister of Somalia.

Uhuru said the existing cooperation between Kenya and Somalia in a wide range of areas, including peace and security, would strengthen the bond of friendship between the two countries. The special envoy expressed appreciation for the efforts Kenya has continued to offer towards the stabilisation of Somalia.

Meanwhile, Slovak President Andrej Kiska, who has been in the country since Monday, wrapped up his State Visit yesterday and was seen off at the JKIA by Uhuru.

The Slovak President started his State Visit by holding talks with Uhuru that focused on deepening bilateral ties between Kenya and Slovakia.