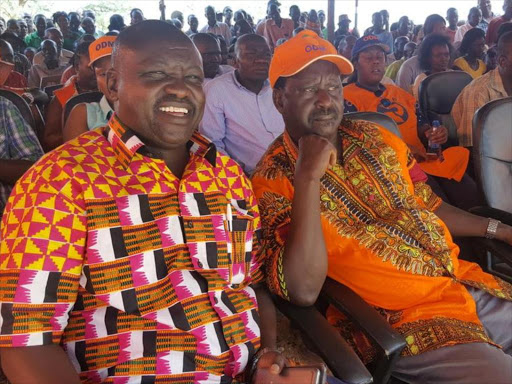 ward when the men began firing from the back at around 1.30pm, spokesman Dennis Onyango told the Star.

The Star could not independently verify the exact number of gunmen.

Onyango said the meeting had to come to an end forcing them to move Raila to another location for safety.

According to residents, the men started throwing stones before the shooting took place.

Raila is in Turkana for a three-day visit accompanied by Homa Bay women Rep Gladys Wanga and other ODM leaders.

Lodepe was a former deputy party leader at URP, which has since been dissolved in Jubilee Party.

"The goons were allegedly hired by an area MP who recently joined Jubilee from Ford Kenya party," Etale said via Facebook on Friday.