Testing for lethal maize disease to start in May 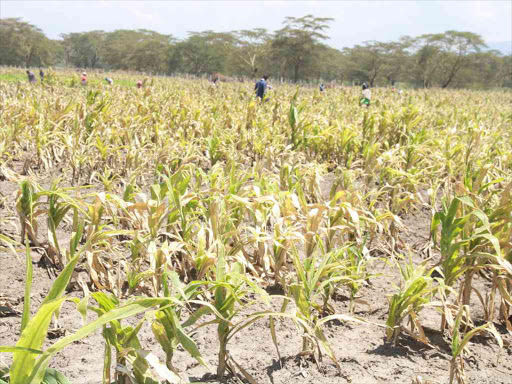 Screening will start in May for the maize disease that caused Sh2 billion losses in 2013.

Pathologist Dr Suresh Lingadahalli from the International Maize and Wheat Improvement Centre yesterday said the first screening for maize lethal necrosis disease will be conducted in Naivasha at the Kenya Agricultural and Livestock Research Organisation site.

Scientists have warned the disease could resurface inthe drought.

Suresh said the disease is more likely to occur in the current dry season.

“The insect vectors that transmit the disease are more vulnerable in the dry season and the crop vulnerability to the disease is higher because of the stress,” he said.

The disease was first reported in 2012 in Bomet county.

Kalenjin communities called it Koroito, while in other parts of the country, it was called ‘Ukimwi wa Mahindi’(Maize Aids), because it completely destroyed crops.

Kalro director general Eliud Kireger said, “We have not had incidents of the disease for a while, but with the current dry spell, the disease is likely to recur.”

This led to a significant drop in maize yields.

Since the maize disease screening site was established in 2013 as a response to the disease outbreak, more than 60,000 samples have been screened from 16 private and public institutions. These include seed companies and national research organisations in Africa and beyond.

Kireger said 22 varieties of maize resistant to the disease have been developed, but are yet to be released to farmers.