Kenyans warned of possible terror attacks during the festive season 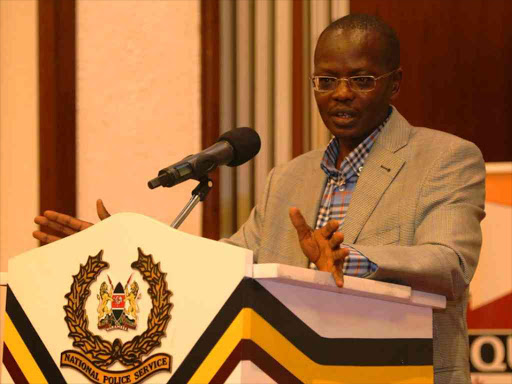 Kenyans have been put on high alert over possible terror attacks during the festive season.

“The terror threat remains a reality, and we therefore call upon members of the public to remain vigilant particularly in places with high concentration of people. These includes beaches, restaurants, and clubs as well as places of worship. Any suspicious person or activities should be reported promptly to the police,” part of the statement read.

Speaking to the Star, Coast Regional Coordinator Nelson Marwa has assured foreign tourists and Kenyans traveling to the Coast for the festive season to be comfortable as security had been beefed up.

“I want to tell all those who want to visit the Coastal region that we are vigilant and we assure them of their safety during and after the festive season,” Marwa said.

Boinnet has revealed that they were joining forces with NTSA to ensure road safety during this season.

“Due to increased vehicular and human traffic heading to different parts of the country, operators of Public Service vehicles should avoid recklessness, speeding, overloading and driving under the influence of alcohol or drugs.This includes Boda Boda operators and private motorists who must equally observe traffic laws while on public,” the statement read.

County commanders have been tasked with the mandate to oversee all t to ensure quick action and unnecessary delays.

Post a comment
WATCH: The latest videos from the Star
by LEWIS NYAUNDI, @X_nyaundiH
News
21 December 2016 - 18:00
Read The E-Paper