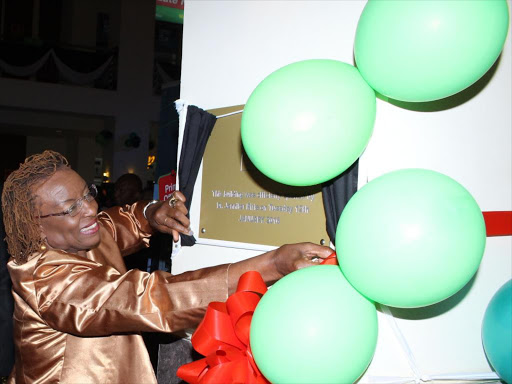 Jennifer Riria says the recent promulgation of a law capping interest rates is a big mistake.

Riria, the Kenya Women Holding Group chief executive, argues that the law will have a tremendous effect on micro-finance institutions, which spend a lot of money on capacity building as they work on reaching every region and niche.

“The Central Bank should have taken a different approach by regulating specific products being rolled out by the banks,” she explains of the law that obligates banks to cap interest rates at four per cent of the Central Bank Base Lending rate.

The law also pegs the minimum interest granted on a deposit held in interest earning accounts to at least 70 per cent of the base rate set and published by the CBK.

Riria, who recently retired as the Women’s World Banking chairperson, says the banks’ digitisation is one of the interest cap implications that have forced them to cut down operational costs, meaning reduced employee numbers.

Four months into the interest cap regime, Riria however states that this is not the right way for the banks, as it will adversely lead to an increase in delinquency as a result of low social collateral.

“I do not see how else banks are going to take care of their costs because there are costs involved in our delivery methodology. The downside of cutting costs through digitisation is that you will have high delinquency. Knowing your customer is a very important thing.”

Renowned as a leading advocate of women’s economic empowerment, Riria has formed the Tuvuke Initiative, aimed at pushing for the inclusion of women in all areas of life.

The initiative seeks to champion women’s banking and intends to have profiled 4,000 women for government positions ahead of the 2017 election.

Statistics show that 1.1 billion of the 2 billion unbanked individuals in the world are women, the majority of whom reside in sub-Saharan Africa.

“In Kenya, there is a 9 per cent difference in financial use and access between men and women, where men have the upper hand, which shows a question in empowerment in some regions in the country,” says Riria.

Through support from the National Democratic Institute, the initiative has completed profiling women political aspirants in Kajiado and Machakos. They they are now profiling in Mombasa.

“The main aim is to help women articulate themselves as well as their political agenda.

After her primary education, Riria enrolled at Precious Blood High School for her O-level education. She then moved on to Kipsigis Girls for her A-levels, from where she joined the University of Dar es Salaam, where she graduated with a Bachelor’s degree in Education.

1986: University of Nairobi, graduated with PhD specialising in Women, Education and Development.

1992: Appointed as the first female Board member of the Nairobi Securities Exchange.

2015: “I started off with one table and no chair. I used to board matatus to meet our clients in various parts of the country. Back then, I multi-tasked as the CEO, accountant, loan clerk and office cleaner. We had no offices outside Nairobi, and, for that reason, I used to sit under trees to award women loans of Sh2,000. It was not an easy task. There were serious problems with management at the KWFT: Both financial and human resource management. In fact, the company had accumulated millions in debt and had ceased to operate.”

2016: “Women are a resourceful lot who can always fend for themselves. Gone are the days when they would solely depend on their spouses. I recognise women as great actors; and with new technology to ease work, we can only go further. Whichever format is applied, women can now begin to appreciate their input in society.’’