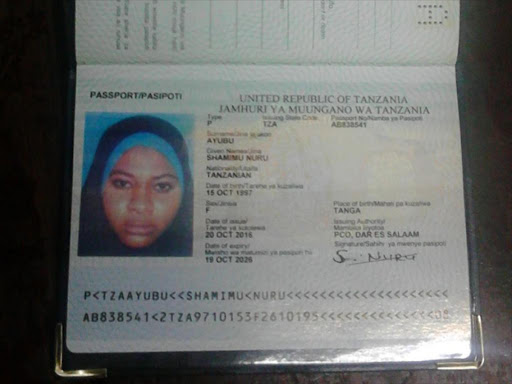 A picture of one of the female terror suspects from Tanzania arrested at JKIA, November 22, 2016. /COURTESY

The Anti-Terror Police Unit has arrested two Tanzanians and two Kenyans said to have been travelling to Yemen to join the terror group ISIS.

The suspects were arrested at JKIA on Tuesday.

They had been denied entry at Djibouti and were handed over to KQ security personnel.

They claimed they were en route to Yemen to visit relatives.

An ATPU officer said Tanzanian counterparts confirmed that one of the suspects is on their wanted list.

The four will appear in court at JKIA once investigations are complete.