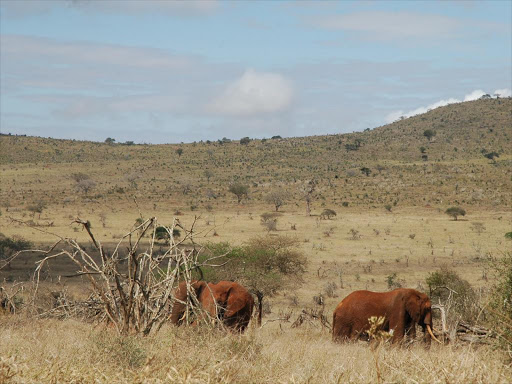 Residents in Taita Taveta county will benefit from an international forest bond that raised Sh15.2 billion when it was issued on Monday.

Part of the money will be used to protect forests by supporting income generating projects for the residents.

The pioneer bond was issued by the International Financial Corporation, a member of the World Bank Group, and was backed by miner BHP Billiton.

The IFC said the bond had been intended to be half the size, but was increased because of demand.

It allows investors to opt to be paid in carbon credits rather than cash.

Those who opt to receive credits - or permits to emit one tonne of greenhouse gas - can either use them to cover emissions or sell them on the carbon credits market.

“To pay investors a carbon credit coupon, IFC will buy carbon credits from a project that follows the United Nations Reducing Emissions from Deforestation and Forest Degradation, or REDD, scheme," the IFC said when it issued the bond.

"The project from which IFC will purchase carbon credits is the Kasigau Corridor REDD project in Kenya."

The Kasigau Corridor REDD project is run by Wildlife Works, a company that was founded in 1997 and runs similar projects in Asia, Central and South America.

The Kenyan project covers 500,000 acres of dryland forest of the corridor between Tsavo East and Tsavo West National Parks in Taita Taveta.

Christian Grossmann, director of the climate change department at the IFC, said the aim was to be "a catalyser and have a demonstration effect" to inspire other issuers.

The announcement coincides with the ongoing meeting of UN delegates that began in Morocco on Monday on implementing last year's Paris Agreement on climate change, which seeks to phase out greenhouse gas emissions this century.

The Paris Agreement makes it clear that developed countries will get $100 billion (Sh10.1 trillion) climate funding every year until 2025.

Forestry is one of the issues that has proved a sticking point in previous negotiations and carbon credits, meant to be used for planting trees or reducing emissions in other ways, did not translate into action.

The bill to tackle deforestation amounts to many billions, but so far the green bond market - which Moody's Investor Service has said could reach $75 billion this year - has focused on energy saving and renewable projects, such as wind and solar.

"The most important aspect of this landmark transaction is that it shows how institutional investors in the debt capital markets could be an important source of (forestry) finance," Abyd Karmali, Climate Finance Executive, Bank of America Merrill Lynch, said.