Law on cities and towns planning to be amended, says CS Kaimenyi 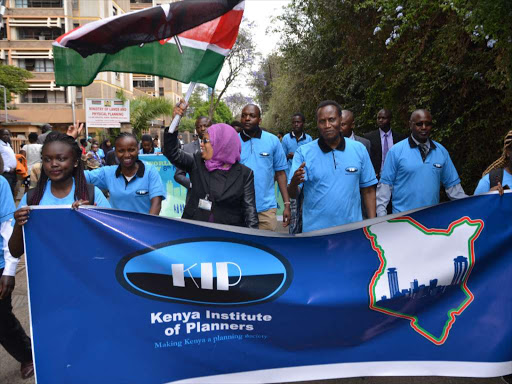 Laws guiding the establishment of towns and cities will be amended to reflect the current realities, Lands CS Jacob Kaimenyi (pictured) said yesterday.

He said the Urban Areas and Cities Act 2011 will be amended to reflect the recent development. “Markets, towns and cities will be recognised and have a planning system to ensure they are well planned,” Kaimenyi said. He said 50 per cent of Kenyans are set to move to urban centres.

The Act says a population of 10,000 residents forms a town, while a city has 500,000 residents. “The last two decades have seen Kenyans move towards owning homes in city. Previously, the city was just a house, the real home was in the countryside,” Kaimenyi said. He spoke at Crown Plaza during celebrations to mark World Town Planning Day. The day recognises accomplishments of planners and their contributions to communities. Kaimenyi said he will not rest until all grabbed public land is repossessed.

He urged physical planners to adhere to ethics in the profession. Kaimenyi said planners have been accused of contributing to the mess in the country, including land grabbing. He said a lot needs to be done to improve the country’s urban mobility systems.

“Our matatu operators should respect the Highway Code. Better still, our towns needs to move towards high capacity mass and transit system,” Kaimenyi said. He said cities and towns must invest in infrastructure that enables Kenyans to use non-motorised means, such as walking, jogging, biking and skating.