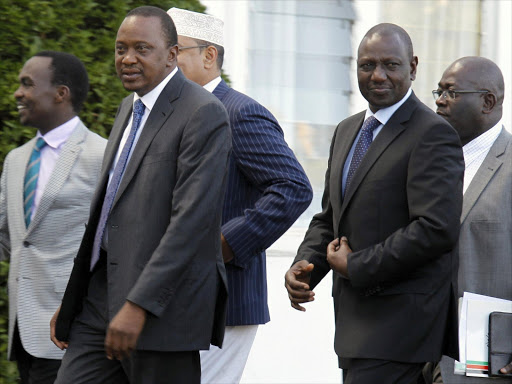 Burundi, South Africa and Gambia kicked off their processes of withdrawing from the ICC last month, an exercise that will take a year.

Amolo told the UN General Assembly, which declared support for the ICC, that Kenya was still concerned that the court has not accommodated Africa.

"We take note of the recent important developments within the membership and shall continue to actively monitor these unfolding events," he said on Tuesday.

Many countries have called for talks to address African countries' concerns but Amolo asked it to unshackle itself from the influence of a group of powerful member states.

"Clearly something is deeply wrong at the International Criminal Court," he said.

"With only one new accession during the reporting period, it is clear that this court only continues to enjoy membership and support from a small segment of countries in the world."

He added that the court's dismal performance was "disheartening and simply confounding."

Kenya rallied the African Union to a mass withdrawal from the court just before the cases against President Uhuru Kenyatta and his deputy William Ruto collapsed.

The government is now under pressure to actualise this threat despite having decided to take the reforms route.