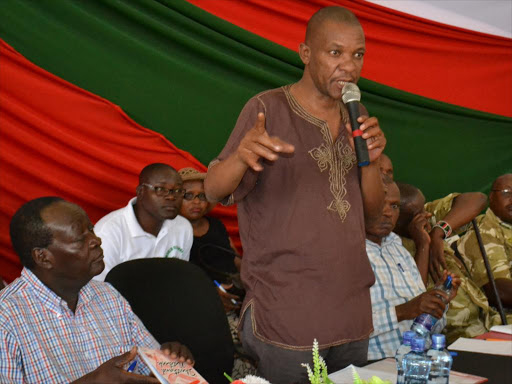 Two weeks ago, hundreds of residents stormed the KFS offices in Wundanyi to protest against indiscriminate felling of indigenous trees.

MCAs have given the national government a seven-day ultimatum to take action against the forest conservators and managers. The leaders said forest fires that erupted in Kasighau, Ngangao, Mbololo, Mwambirwa and Susu forests are cover-ups by the officials.

Last Thursday, Mwangola told the National Assembly Environment and Natural Resources Committee members in Mwatate that indigenous trees on Kambanga and Mwananchi ranches were harvested by a cartel well-known to the KFS team.

“The trees are felled by well-connected charcoal dealers and ferried to Voi and Mombasa,” he said.