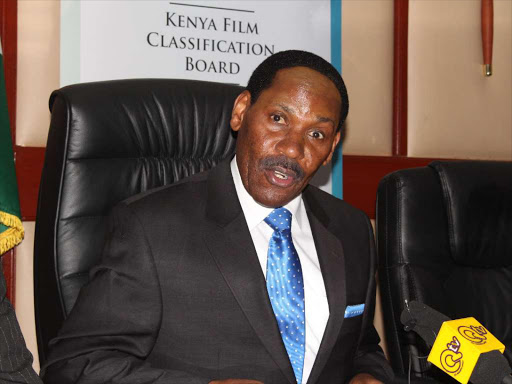 Kenya Film Board CEO Ezekiel Mutua has said they are investigating soaring cases of bestiality in stripper clubs in Mombasa.

Mutua said young women are made to perform sexual acts with dogs and are paid "peanuts".

He accused foreigners of promoting bestiality in Mombasa.

“The level of immorality has come to a point where foreigners are getting exclusive villas to shoot pornographic video,” he said at a press briefing on Sunday.

He said several villas have been raided before to arrest culprits.

"We have reported the matter, we are investigating and I want to announce that once we catch them, they will know there is a government in this country," he added.

He said such film makers “can make noise until cows come home” but the board will not permit them to film such activities.

“Let them go and do where there is no law or where such kind of activity is permitted. In Kenya sex with animals or against the order of nature will not happen."

“There is not going to be films promoting radicalisation, pornography or bestiality in this country,” he said.

He said the board does not implement its own zealot or religious belief but will follow the law to challenge the acts.

The CEO said meetings with county commissioner and police commandant have been held and soon arrest will be made as they are still zero-in on suspects.

He said a report on the stripper clubs and bestiality will be ready by Thursday.

In 2013, 11 women were arrested for having sex with a German shepherd in Nyali. A foreigner was arrest for capturing the 11 on tape while having sex.

Police said he was among many tourists suspected to have gone to Mombasa to engage in prostitution.

Post a comment
WATCH: The latest videos from the Star
by ERNEST CORNEL @OduorErnest
News
17 October 2016 - 15:00
Read The E-Paper