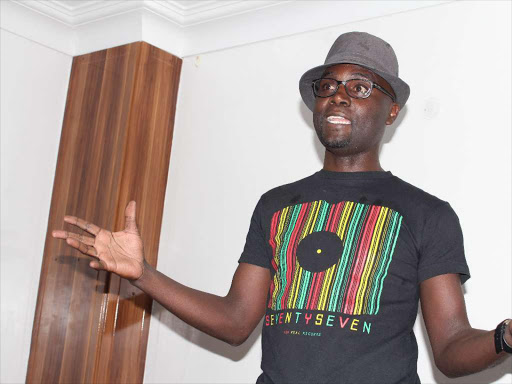 Atheists in Kenya president Harrison Mumia speaks at a Nairobi hotel during their meeting on September 25, 2016. /COLLINS KWEYU

Atheists in Kenya have lodged an online public petition demanding the removal of 'God' from the national anthem.

In a statement on Sunday, the society said "as non-believers, we feel that the National Anthem is not representative of us, and goes against the spirit of the constitution".

They said the removal of 'God' will make the anthem more inclusive since "not all Kenyans believe in the existence of God".

They were referring to the first line of the national anthem whose lyrics are: Oh God of all Creation.

The society's demands drew a few remarks from Kenyans on social media.

In one tweet, someone said: "When atheists petition the state to remove the word 'God' from the national anthem, who do you blame? William Ruto, Uhuru Kenyatta [or] Shallow Consience".

Another person said: "The petition ... would fail. Atheists in Kenya know it. What they don't seem to know is that it damages atheism."

The petition is the latest effort by the society to push its 'Godless' agenda.

In September, the society held a workshop promoting 'Godless parenting'.

They have also been carrying out campaigns to advocate for the scrapping off of religious studies from the school syllabus.