Surgeon used a 'Mulika Mwizi' for a caesarean section 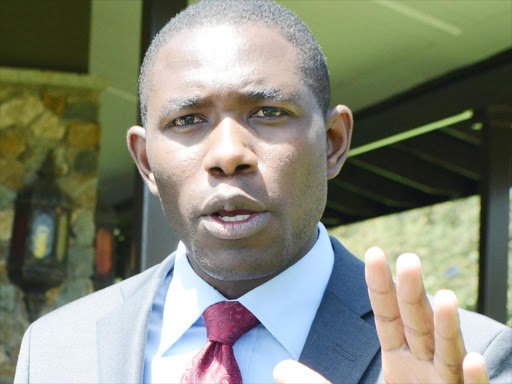 One night Fredrick Ouma Oluga was in the middle of a caesarian section at the Vihiga District Hospital when the lights flickered and then went out.

The hospital’s generator should have kicked in immediately, but there was dead silence. And total darkness.

“Are we going to die?” Asked the terrified woman, who was in regional anaesthesia.

Oluga was then 27. He had graduated from Moi University in Medicine and interned at the Kijabe Mission Hospital.

His experience at the well-managed Kijabe Hospital did not prepare him for the shock in Vihiga this night of August 2012.

“I owned a ‘mulika mwizi’ phone. So I switched on its torch and someone held the phone for me as I carefully proceeded with the surgery,” he recalls.

Turns out there was no sabotage: The hospital owned one rusty generator that regularly broke down. Well, the woman and her baby lived.

A few weeks later, Oluga was forced to deliver another woman with no gloves because the district hospital had no money to buy new ones and the pregnant women did not bring a pair.

This was the situation across the country. That same month he offered himself for election as Western Kenya branch chairman of the nascent Kenya Medical Practitioners, Pharmacists and Dentists’ Union. He was elected KMPDU chairperson.

Two years later, in 2014, he was elected the KMPDU national secretary general.

“Doctors want an environment conducive for their work. And patients want to be able to access doctors. We try to marry both,” he says.

What does he feel about the suffering of patients, when doctors strike yet they swore to protect life?

“We are a public interest organisation more than a union,” he clarifies.

A strike only comes about after all avenues of negotiation have been exhausted.

All their demands are in the public interest, anchored in confidence in public health facilities.

In their first major industrial action in 2012, the doctors listed 13 demands mostly concerning improvement of health facilities. They did not ask for a pay rise.

The government responded by forming the Musyimi Taskforce that recommended a Sh60 billion upgrade of health facilities across the country.

1991: Started formal education at Okela Primary School, where he did his KCPE in 1998.

2015: “Doctors in the public sector are poorly paid. The end result is that most doctors only work for the government to fulfill their internship requirements while keeping their eye on Australia, the USA, United Kingdom, or South Africa as their next destination.”

“The fact that the Ministry of Health has been unable to solve this extant challenge since Independence is proof that health sector human resources, particularly doctors, have never been treated as a priority.”

2016:“Many young professionals shy away from politics – and it’s wrong. Our politics need new thinking and new ideas. Business and entrepreneurship alone will never solve the problems we have as a country.”

2016: “Doctors will remain a scarce resource in Kenya if we do not address the key problems that have led to these shortages. And, without any pretense, poor salaries and remuneration are the elephant in the room that the Ministry of Health and the county governments need to urgently address.”

Post a comment
WATCH: The latest videos from the Star
by JOHM MUCHANGI @jomunji
News
10 October 2016 - 05:00
Read The E-Paper