Burundi plans to withdraw from ICC 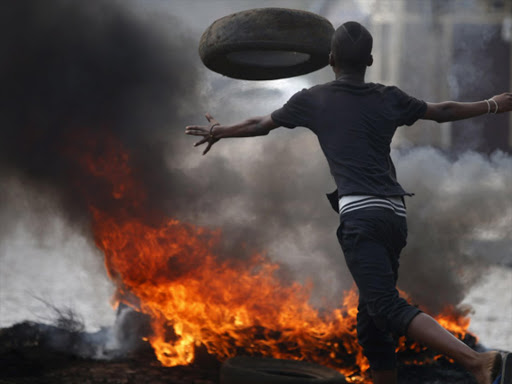 A protester sets up a barricade during a protest against Burundi President Pierre Nkurunziza and his bid for a third term in Bujumbura, Burundi, May 26, 2015. /REUTERS

Burundi plans to withdraw from the International Criminal Court, a deputy to President Pierre Nkurunziza said on Thursday, six months after the court's prosecutor said it will investigate violence which killed hundreds of people.

Burundi slid into political crisis last year when Nkurunziza announced his intention to seek a third term in office, which he went on to win in an election boycotted by opposition parties.

The Hague-based International Criminal Court's prosecutor, Fatou Bensouda, said in April the court would investigate incidents of violence in Burundi that have killed at least 450 and forced hundreds of thousands to flee abroad since the crisis erupted in April 2015.

"We have sent to the national assembly a draft law for adoption ... to withdraw from the ICC," First Vice President Gaston Sindimwo said after a cabinet meeting.

"We found that it was necessary to withdraw from that organisation so we can really be free," he said in comments broadcast on state-run radio.

A notice of a cabinet meeting held earlier in the day in Gitega, some 100 km (60 miles) from the capital Bujumbura, said among the items to be discussed were a draft law revising a 2003 law that Burundi ratified to be a signatory of the Rome Statute of the ICC.

Opponents say Nkurunziza's decision to seek a third term violated the constitution and a peace agreement that ended a civil war in 2005. The president and his supporters cite a court ruling that said he could run again.

Preliminary examinations at the ICC, based mainly on publicly available information, can last months or years before leading to a possible full investigation. Only then can criminal charges be brought against individuals suspected of war crimes or crimes against humanity.

On Tuesday, Burundi dismissed a UN decision to establish a commission of inquiry to identify perpetrators of killings and torture, saying it was based on a one-sided account of events in the African nation.