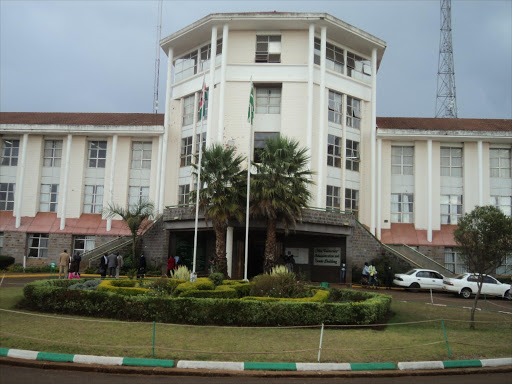 Matayos MP Geoffrey Odanga has described as an act of bad faith, the plot by a section of leaders from the Kalenjin community to reject the acting Moi University vice chancellor Laban Ayiro .

Odanga noted that the varsity is a national institution financed by the taxpayer and therefore can be managed by any qualified Kenyan.

He demanded that ethnic politics be divorced from the management of public universities.

"There is no way an institution in the league of a public university can be reduced to a theatre of high voltage ethnic wars," he told the Star on Wednesday.

This was after a section of Kalenjin leaders stormed the varsity's main campus to protest against the appointment of Ayiro.

The leaders want Education CS Fred Matiang’i to immediately appoint a substantive VC for Moi University, based on merit.

They argue that it is wrong to appoint an acting VC when the university council concluded the process of recruiting a new one and forwarded names of three individuals.

But Odanga dismissed the leaders’ action noting that it was in bad faith and cast the institution in bad light.

He said because of the rigorous nature of appointing a new VC, it was necessary for the CS to appoint an acting one to hold in the course of the recruitment process.

The legislator said the action by the leaders was a proof that public institutions have become hostages of local leaders who exploit them as cash cows at the expense of development of higher education.

As a member of the Committee on Education of the National Assembly, Odanga says he will introduce legislation in the House that will disallow locals from managing any university in their locality.

"I may even bring a motion that will compel the ministry to develop regulations that will disavow a local from managing a university in his own locality," he said.

He urged the Ministry of Education to develop a policy that will ensure that universities remain free of hostage to ethnicity.

Post a comment
WATCH: The latest videos from the Star
by IBRAHIM ORUKO, @orukoi
News
21 September 2016 - 18:00
Read The E-Paper