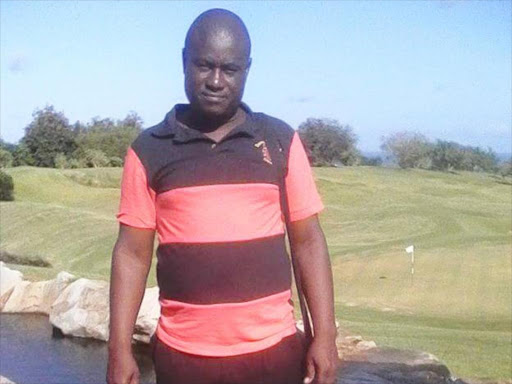 The late Joseph Masha at the Vipingo ridge during one of his many assignments. He collapsed and died on Saturday morning at his home in Kiwandani, Kilifi /COURTESY

Masha, 50, died on Saturday morning at his Kiwandani home in Kilifi.

His wife Bahati Mwalimu said Masha collapsed when he was returning from the toilet early Saturday.

On Friday he spent the whole day in a jovial mood and even covered President Uhuru Kenyatta’s visit at Kilifi town on Friday evening.

“We were together on Friday morning when we covered the Governor at Kilifi hospital before embarking on the president’s tour," Kazungu Samuel, a reporter with the Daily Nation, said.

He said they were to return to do another story, but Masha was unable to do so due to a stomach ache.

Family members said Masha had not been unwell and only complained of the stomach ache when he returned from work on Friday.

His body was taken to the Kilifi county hospital mortuary pending postmortem.

Masha is the second born in a family of eight.

Speculation on the cause of death is rife and journalists from the Coast region called for thorough investigations into his death.