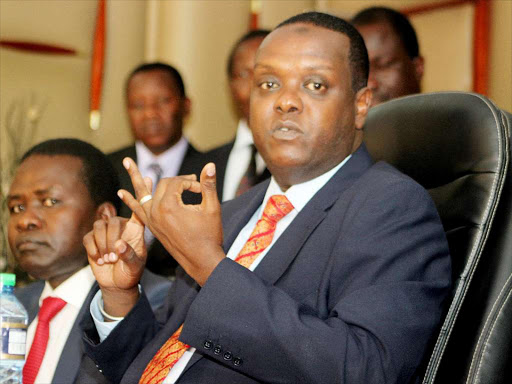 The National Olympics Committee of Kenya (Nock) has been disbanded.

Sports Kenya, a department under the ministry, was tasked to investigate allegations of mismanagement of Team Kenya during the just concluded Rio Olympic games.

CS Hassan Wario said on Thursday that the committee members failed to execute their mandate in line with the Sports Act and grossly violated the privileges accorded to them.

"I do hereby disband the national Olympic organising committee of Kenya with immediate effect and transfer the responsibilities to Sports Kenya as the interim custodian," Wario said.

He said that Sports Kenya will now oversee the adoption of new Nock constitution and set its election calendar.

Post a comment
WATCH: The latest videos from the Star
by EMMANUEL WANJALA @imanovichrambu
News
25 August 2016 - 12:00
Read The E-Paper