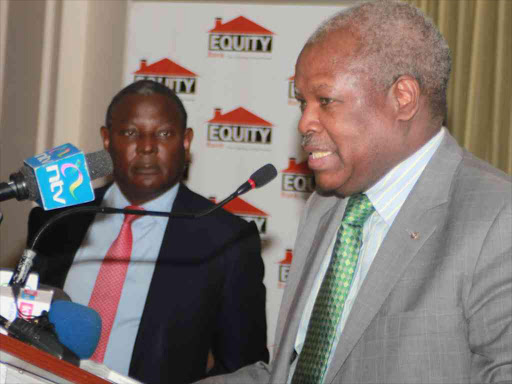 Increased investment in government securities coupled with growth in the loan book drove up Equity Group's profit by 18 per cent for the first half of the year.

The bank which has the highest number of customers in the country made Sh10.1 billion profit after tax between January and June 2016, compared to Sh8.6 billion earned in the same period last year. Equity has slightly more than 11 million customers.

Total assets grew to Sh444.4 billion from Sh401 billion as at the end of June last year.

"The growth in assets was greatly driven by a stable deposit base," Equity Group CEO James Mwangi said.

Deposits totalled Sh320.8 billion during the period under review from Sh301 billion previously.

Equity's new mobile banking and communications platform Equitel accounted for 82 per cent of the loans disbursed by the group.

Loans issued to customers via Equitel totalled Sh20.8 billion by end of June 2016.