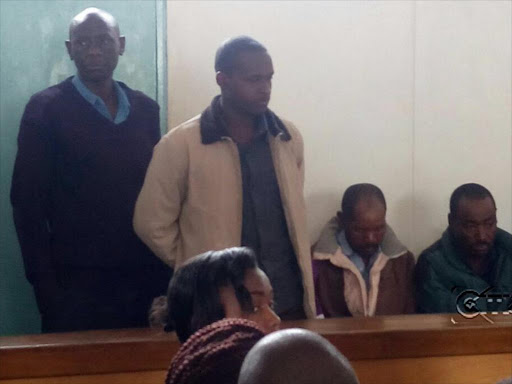 Battered woman Jackline Mwende's husband will remain in custody until his attempted murder case is heard and concluded.

A Machakos court denied Stephen Ngila release on bond on Wednesday saying his security was at stake and that he might interfere with witnesses.

Ngila, 34, was accused of attempting to kill Mwende on July 18 at Ilinge Village in Masii location by chopping off her hands using a panga and inflicting other injuries.

“From the probation report presented, the background finding magnifies the existence of community hostility over the action,"

"I therefore have no doubt in mind that the threat on the accused's personal safety is real."

Defence lawyer Moses Kamolo told journalists outside court that they would appeal the decision.

“The mere fact that my client lives in the same locality with the prosecution witnesses does not amount to compelling reasons,” said Kamolo.

The case will be mentioned on September 20.

Mwende is receiving treatment at Kikuyu hospital in Nairobi.

Post a comment
WATCH: The latest videos from the Star
by Andrew Mbuva @andrewsmbuva
News
10 August 2016 - 12:00
Read The E-Paper