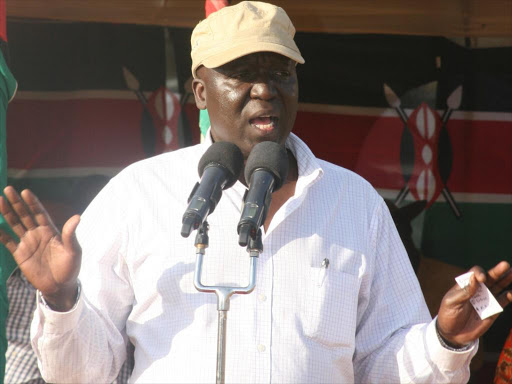 President Uhuru Kenyatta and Cord leader Raila Odinga must sign any agreement on the reconstitution of the IEBC team, Gem MP Jakoyo Midiwo has said.

Midiwo said this will boost public confidence and thwart any foul play that might hinder the smooth implementation of a deal to end the stalemate.

"We know how they steal. The composition of a new IEBC team must be done on a 50-50 basis through consensus," Midiwo said at the weekend.

The legislator had attended a memorial service for the parents of Siaya Deputy Governor Ouma Onyango.

by the joint select committee will meet public

expectations. The team appointed to resolve matters concerning the electoral agency was

The legislator said Raila had a better chance of winning the 2017 presidential elections and that any impediment will not be tolerated.

"This time we will not come back to the electorate claiming elections have been rigged. We have closed all the loopholes they have been using," added Midiwo.

He claimed Kikuyu and Kalenjin communities do not have the requisite numbers to beat Raila, hence the vigorous campaigns by Uhuru and DP William Ruto in western.

MP Gideon Ochanda said IEBC officials found culpable of wrongdoing should not be given a send off package.

Ombaka said the commissioners performed poorly and should face the full force of the law for any crimes.

"Those found culpable of criminal activities must be punished," she said, and lauded the committee for work well done.