Humans living in debt as natural resources for 2016 already exhausted 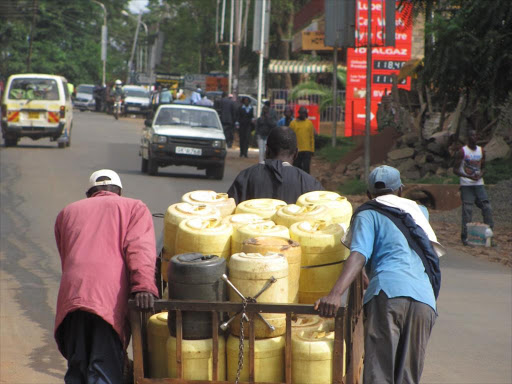 From Monday, August 8, we are all officially living on debt.

That is because in just over seven months, humanity has exhausted the 2016 full year's allotment of natural resources such as water, food and clean air – the quickest rate yet.

That is according to the Global Footprint Network, an international think tank that keeps track of how much of earth's resources humanity uses and how much the planet can reuse.

The gloomy milestone is marked every year on what is known as Earth Overshoot Day.

This year, the point of "overshoot" was officially reached on Monday, August 8, - five days earlier than last year.

“Overshoot Day is reached when the human economy has effectively used more resources than the planet’s biological capacity, or the amount of resources it can generate in a year,” the US-based network explained.

“When we reach Overshoot Day, we are depleting the fishing grounds, releasing more CO2 into the air than our trees and oceans can absorb, and harvesting more forest than can regrow that year.”

To calculate the date for Earth Overshoot Day, the GFN crunches UN data on thousands of economic sectors such as fisheries, forestry, transport and energy production.

The gloomy news does not necessarily mean the world is running at a loss.

“The good news is that we are technologically up to the task,” says Mathis Wackernagel, co-founder and CEO of Global Footprint Network. “We will even run a profit.”

But individuals need to chip and there needs to be political will.

Kenyans can, for instance, chip in by eating less meat, wearing clothing adapted to the outside temperature indoors, or by using matatus instead of personal cars.

The Overshoot Day website suggests a number of pledges and will reward a GoPro camera to the three best images of yourself fulfilling the pledge.

“The only resource we still need more of is political will,” says Mathis.

The organisation also offered one glimmer of good news. While Earth Overshoot Day comes earlier every year, the rate at which it moves up through the calendar is slowing a bit.

In 1961, according to the network, humankind used only about three-quarters of earth's annual resource allotment. By the 1970s, economic and population growth sent earth into annual overshoot.

According to the UN, the number of people on earth is now forecast to grow from 7.3 billion today to 11.2 billion by the end of the century - piling further pressure on the planet and its finite resources.

Earth-warming greenhouse gas emissions, GFN said, are now the fastest-growing contributor to ecological overshoot, making up 60 per cent of humanity's demands on nature -- what is called the ecological "footprint".