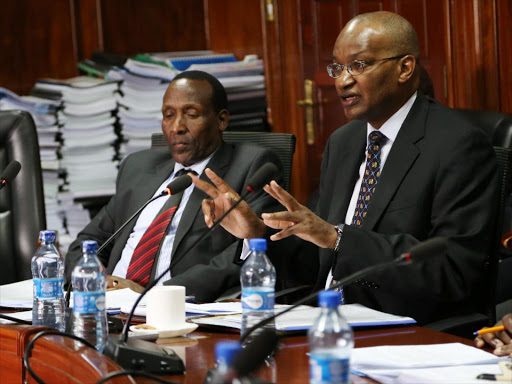 They are Family Bank, Faulu Micro Finance Ltd and Cidian Bank – formerly K-Rep. The three were fined for not reporting suspicious NYS payments.

Njoroge told the Public Accounts Committee chaired by Rarieda MP Nicholas Gumbo that Family Bank only reported some of the suspicious financial transactions to the Financial Reporting Centre.

“We conducted targeted inspection of Family Bank and in the process discovered that two other banks were involved in the money trail. They were inspected and found to be culpable of breaking the CBK prudential guidelines,” he said.

Gumbo and Balambala MP Abdikadir Aden accused the CBK of failing in its duty to enforce the rules on financial operations on banks. They said some of the suspects in the NYS scandal withdrew more than Sh86 million in one day against the required maximum of Sh1 million limit.