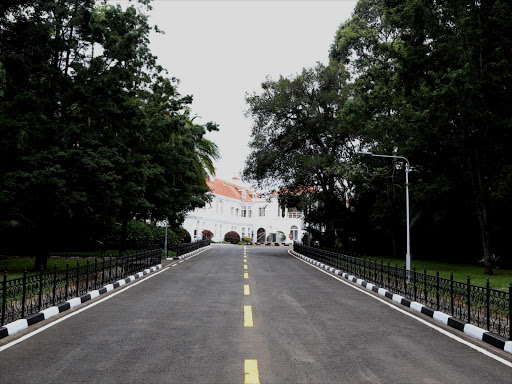 A new research unit has been set up inside State House to monitor public perceptions of government policies with monthly opinion polls. The aim is to craft an election campaign that can win a 70 percent share of the vote in 2017.

This marks a dramatic shift from the past hostility of Kenyan politicians to polling to a more modern attitude where international politicians hardly open their mouths without pre-testing their arguments.

As recently as March, State House issued a furious rebuttal to an Infotrak poll that indicated that Uhuru would only get 45 percent on the first round and was therefore likely to face a runoff.

Infotrak said Uhuru would get 44.5 percent and opposition leader Raila Odinga 27.8 percent if a presidential election were held then in March 2016.

“This fantasy will come to fail. President Kenyatta continues to serve the people of Kenya. With the ongoing transformation in the country, he will soar above the 2013 numbers,” declared Munyori Buku.

“Angela Ambitho ( the boss of Infotrak) is the queen of opinion poll propaganda. Just before the election season kicks in, she is recalled to position and re-position presidential aspirants and political parties. She has been in the game since 2007 and this time round, the schemes and the conspiracies are no different,” he declared.

The fury of State House was peculiar considering that the poll showed that Uhuru remained popular while Raila's support was dropping.

Interestingly the Strategic Africa opinion poll commissioned in May by State House shows Uhuru on 45.4 percent and Raila on 37.1 percent which is a better result for Raila than the Infotrak poll.

Moreover Strategic Africa, formerly known as Strategic Research, is a market research company run by Caesar Handa who was regularly condemned in 2013 as a Raila stooge for publishing opinion polls showing a close presidential race.

State House has clearly decided that accurate objective analysis rather than knee-jerk reaction is more likely to win the 2017 election.

Various research firms have already been used with the latest being Strategic Africa, a copy of whose research the Star has obtained. The monthly polls will brief the President on what the public thinks about a wide range of issues.

The new survey covers the general economic condition of Kenyans, corruption perceptions, education policies including the curriculum overhaul and the laptop project, devolution, security as well as the re-election chances of current MPs, senators and governors.

Jubilee wants to eat into the opposition strongholds, retain their political turf and win the 2017 presidential polls with 70 per cent.

Using monthly market research will be a central tool for achieving that target.

"The President himself does not commission polls but its research team follows results keenly to see if there are any lessons to learn," said a presidency source.

"I had heard that they ( State House) were conducting focus groups in certain parts of the country. But I wasn't told who was doing this for them," said a Kenyan market research guru.

In 1983 pollsters advised the Reagan administration that it would be more popular with the public to call its space-based defense program “Star Wars” rather than the “Strategic Defense Initiative.”

The United States has been ahead of the world in using political polling but it is now common in all the Western democracies. Most campaigns in the USA for public offices, even down to country level, employ professional pollsters. Every candidate wants to test his message before communicating it.

In the latest presidential primaries, even the left-wing Bernie Sanders spend $552,000 ( Sh56 million) on polling in the last six months. Hillary Clinton has spent a mind-boggling $3.3 million (Sh330 million) on market research while Ted Cruz spent $3.1 million ( Sh310 million) with the data firm Cambridge Analytica. And even Donald Trump has just hired veteran pollster Tony Fabrizio as a strategist for his campaign, despite claiming that he pays no attention to opinion polls.