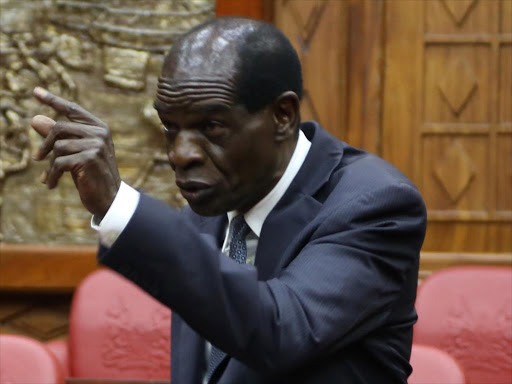 proposed draft bill on the New Alliance for Food Security and Nutrition.

"This is very mischievous and it looks like it is intended to make Africa remain in subsistence farming," said Serut

a member of the agriculture

that the technology is not good for Africa.

The MPs and biotechnology experts noted that the success of this motion will lead to termination of most Africa based research and development for GM crops.

“Instead of the EU group simply not funding the research in Africa, they are enacting a law that persuades others to withdraw funding for local development of GM crops. Apart from the United States, many countries across the globe have increased acreage under their GM crops,” said Kenya University Biotechnology Consortium, secretary general, Joel Ochieng.

He called for support from the Kenya's legislatures by writing a formal protest letter to the EU Parliament.

He added that countries like Canada was fifth in world ranking of biotech crops by 2014, estimated at 11.6 million hectares, increasing from 10.8 million hectares in 2013.

“Interestingly, there is no single word in the Bill that touches on export of GM products to Africa,” he said.

Post a comment
WATCH: The latest videos from the Star
by AGATHA NGOTHO @agathangotho
News
28 May 2016 - 04:00
Read The E-Paper