Why is Ken Kiplagat so hostile to Safaricom? 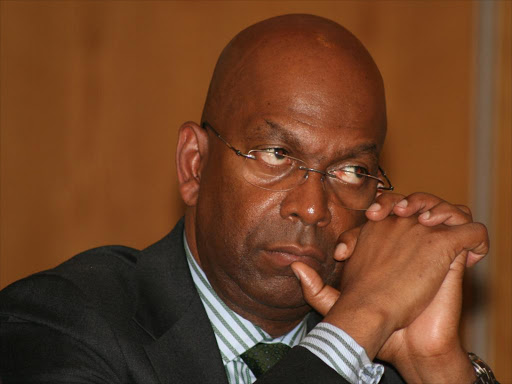 In April this year, lawyer Ken Kiplagat got hold of a copy of the forensic audit into Safaricom that CEO Bob Collymore had commissioned in November 2015.

That audit report was then widely circulated by Kiplagat to various media houses and bloggers.

In one email to a media personality, Kiplagat wrote “A ….. at Safaricom gave me an explosive KPMG forensic audit on all the corruption stuff happening at Safaricom. Shocking read! The report will be serialised in the Nairobi Law Monthly and the Nation.”

In mid-May, Collymore wrote to the CID asking them to investigate the source of the leaked KPMG report.

Collymore had commissioned the KPMG audit because he was concerned that a number of Safaricom middle managers had left the company after their integrity was questioned. He wanted to ascertain the full extent of the rot.

He did not expect the audit to be turned against him. The only question mark over Collymore himself in the KPMG audit, was his decision in January 2014 to renew Safaricom’s lucrative advertising contract with Scanad, despite Transcend advertising agency having topped the technical evaluation.

According to his close associates, Collymore was concerned that Transcend came with political baggage that could damage East Africa’s most profitable company.

Collymore’s concern was prophetic as Transcend director Mike Njeru, is now alleged to be one of the brokers behind the alleged payment of Sh200 million to Justice Philip Tunoi, to influence a Supreme Court judgment on Ferdinand Waititu’s appeal to annul the election of Dr Evans Kidero as Nairobi Governor.

“I knew I would eventually get the smoking gun,” Kiplagat ended his email to the media personality, saying he had the KPMG audit report into Safaricom.

But why did Kiplagat hold such a grudge against Safaricom?

It all goes back to 2001 and the tail end of the Moi era when a newly formed Kenyan company called Tetra Radio, won a tender to operate a Commercial Trunked Radio Communications network (CTRO). A CTRO network basically links handheld walkie-talkies and vehicle radios.

Kiplagat has always been a lawyer for Tetra but is it widely suspected that he is also the majority shareholder in the company.

To date, Tetra has remained a shell company that undertook no business but only attempted to ‘warehouse’ the tender award.

Tetra paid just Sh10,000 for the application form for the CTRO licence after it won the tender. But Tetra failed to pay the $5.2 million (Sh520 million) fee to activate the licence.

On July 25, 2003 the Communications Commission of Kenya (CCK) wrote to Tetra advising them that the licence process would be cancelled unless they paid the $5.2 million by August 30 which they did not do. And that seemed to be the end of the matter.

As the telecommunications market in Kenya started to take off, Tetra revived its interest. On June 15, 2007 Tetra wrote to the CCK requesting to pay the $5.2 million in three installments, so that it could start setting up its network.

On July 18, 2007, the CCK wrote back to Tetra saying “this matter is considered closed” due to its failure to pay the licence fee.

Tetra then went to court in 2008 and was awarded an extraordinary judgement by Justice Jean Gacheche in June 2011. Gacheche ordered the CCK to give Tetra a licence plus the whole 370 to 470 MHz band (the original tender in 2001 was only for the 400 MHz range). But then, inexplicably and without proper explanation, Gacheche in the final paragraph of her judgement awarded Tetra “additional broadband spectrum in the 2.3-2.5 GHz”. Tetra had not even asked in its pleading for that extra bandwidth.

The 2.3-2.5 GHz spectrum is reserved for public WiFi. If the ruling had not been overturned, no Kenyan would have been able to use WiFi without going through Tetra.

In August 2012, Gacheche was declared “unfit to serve” by the Judges Vetting Board because she “used judicial powers in an inappropriate manner”.

In September 2015, the Appeal Court overturned Gacheche’s ruling and determined that Tetra has never been issued a licence because it had never paid the $5.2 million licence fee and was therefore not entitled to any frequencies.

But Kiplagat remained highly aggrieved. After the 2013 Westgate attack, the government decided to upgrade the police communications system and entered into a Sh14.9 billion contract with Safaricom, payable over five years.

After Tetra won the original CTRO tender in 2001, Kiplagat sought to escalate it into a contract to provide communications for the security services. A draft contract was approved by the Attorney General but was never signed after it was forwarded to the Office of the President. Many deals set up by Moi insiders suffered the same fate at that time.

Nevertheless Kiplagat felt highly aggrieved that Safaricom was getting a security contract that he felt by right, belonged to Tetra.

The Nairobi Law Monthly article in March, referred to by Kiplagat in his email, exaggerated the cost of the police secure communications contract to Sh45 billion and complained that Tetra would have done the same job for Sh9 billion.

The NLM, owned by lawyer Ahmednasir Abdullahi, also alleged that the CCK handed over the 800 MHz frequencies, needed for 4G, to Safaricom to sweeten the allegedly fraudulent communications deal.

The Communication Authority, successor to the CCK, in March repudiated the NLM allegations and stated “the 800 MHz (4G) spectrum will be shared equally among the three mobile operators. Besides, the 800 MHZ spectrum will not be in any way used in the security project of the National Police Service.”

Some Safaricom officials allege that in 2014, Kiplagat sought a back door financial settlement to end the wrangle over frequencies, an alleagtion hotly denied by Kiplagat.

Q. Are you a director or shareholder in Tetra Radio, or just their lawyer?

A: Do you have the guts to write that story? You guys will be killed by Bob. I’m sure Bob is very annoyed about that story.

Q. Tetra never paid the licence fee for its Commercial Trunked Radio licence, and you never started operation. So why did you complain when the CCK took the frequencies back after 10 years.

A. That is not true.

Q. After the government awarded Safaricom the security contract, did you contact Safaricom officials to offer to sell them the frequencies you purportedly owned for around $15.2 million (Sh1 billion)?

Q. Did you get a copy of the Safaricom forensic audit from a Safaricom director?

A. So if I ask you as the editor of the Star to give me sources of your information, will you tell me? I can’t believe you are asking me to disclose my sources. Who said I have a copy? Safaricom is an interested party. Why don’t you ask me questions that recognise that I’m an intelligent person?

So just stick to your profession. There is a report, just analyse it, but do not begin to say it’s a director who gave me, or that I bribed a judge.

I have never had a problem. If there is a genuine investigation about it, do not do it with a preconceived notion. That will not help you. Safaricom and I have a fight right now but analyse the facts.

Look at what Safaricom has done. Bob Collymore has been fighting me for the last one month. It is about this report which was leaked. Shouldn’t he be concerned about what is in the report?

Q. Did you distribute the Safaricom forensic audit to Nation, bloggers and other persons?

A. I do not have the report so the issue of me leaking documents can’t arise.

And the report is everywhere. It is in Parliament and all media have it. I wish I could tell Bob, the thing about evidence, whether it was illegally obtained or stolen, the rule of thumb is that are the documents evidence admissible or is it relevant? Just address the issue.