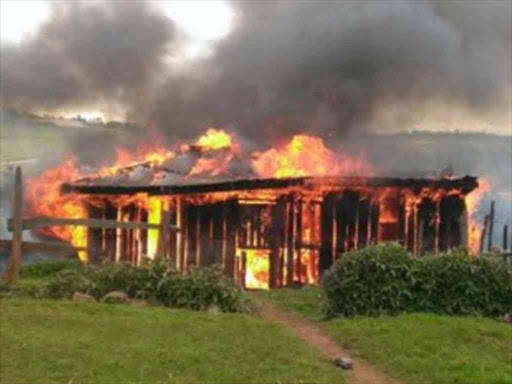 The government has threatened to evict 500 families living on the controversial ADC land in Kosovo, Naivasha if they don't stop tribal clashes between them.

"We are issuing last warning to warring communities in clash-torn area of Kosovo to maintain peace or they shall be evicted from the land", Masinde said.

He made the announcement after a meeting between government officials and elders from the two warring communities, after a kidnapping incident that raised more tension in the area.

Masinde noted that the land belonged to ADC and their continued stay on the vast farm had led to unnecessary violence and loss of property.

A middle-aged man who was in the company of his wife and two children was attacked by a group of youths from Maasai community over Saturday.

“The other community moved in and also kidnapped a woman and her children from the other side,” he said.

Masinde said the move had raised unnecessary tension in the area before the missing woman and her two children were found hiding in the nearby Eburru forest.

He said that the area security committee had formed a committee from the affected communities so as to help resolve the crisis in the area.

“Each of the two communities involved in the clashes has been represented by ten elders and we are giving them a last chance to either live peacefully or we shall kick them out,” he said.

Masinde decried the high number of land cases in Naivasha terming them as worrying as the country headed towards the general elections.

He noted that some of the disputes stretched back in the 80s adding that majority of them were pending in various courts in the country.

“Naivasha is one of the sub-counties that is leading in cases of land disputes and we are asking the judiciary to hasten these cases,” he said.