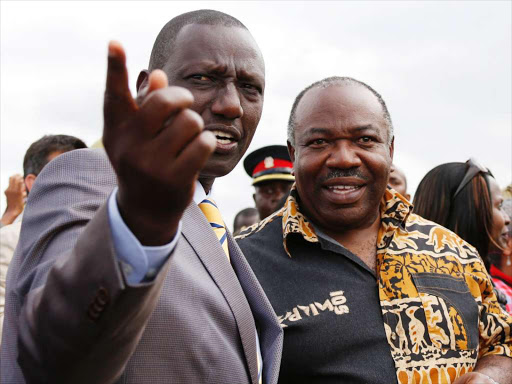 Deputy President William Ruto has accused ICC staff of seeking sexual favours from witnesses and their families in exchange for fabricated of cooked evidence against him.

Ruto's lawyers have requested the ICC judges to order Prosecutor Fatou Bensouda to appoint an independent prosecutor to investigate her witnesses, intermediaries, and possibly ICC staff members, for offences against the administration of justice.

Ruto's filing comes only weeks after his case at the ICC for alleged crimes against humanity was terminated after judges declined to continue with the trial.

The DP was facing three counts of crimes against humanity - murder, forcible evictions of persons and persecution - that he allegedly mastermind in during the 2008 post-election violence.

Ruto's lawyers now argue that there is sufficient evidence in the trial record to provide reason to believe that prosecution witnesses have deliberately given false testimony at ICC.

Ruto also argues that OTP intermediaries and witnesses P-0613 and P-0800 tampered and/or interfered with the collection of evidence by the OTP.

He says that they identified and coached witnesses to give false information to the prosecution during its investigations, which then formed the basis of its case against him.

Ruto also argues that his team has enough evidence that can be used by the independent investigator to initiate criminal proceedings against ICC staff, witnesses and intermediaries.

"By encouraging, be it expressly or impliedly, and/or assisting OTP witnesses to defraud the ICC, these ICC staff members have fostered an environment in which defrauding and telling lies to the ICC was encouraged," Ruto's lawyers argue.

They also argue that therequest is warranted because Bensouda has proved to be "unwilling or unable to pursue investigations" against her own witnesses and intermediaries.

Ruto's team argues that during the course of its investigations, the defence has obtained reliable information, including cell-site data, registered title deeds to land and legal agreements, which provide reasonable grounds to believe that several OTP witnesses intentionally gave false testimony.

The lawyers argues that defence investigations show that several witnesses deliberately misled the judges on their locations during the post-election violence.

It adds that investigations referenced during cross-examination, provide reasonable grounds to believe that P-0409 claimed the loss of property during the PEV which he did not own and which his family disposed of 20 years previously.

"The Defence submits that no witness should have a licence to lie with impunity or cause false evidence to be given to a prosecution authority," Ruto's lawyers argue.

Ruto now says only an independent amicus prosecutor, reporting to the Prosecutor and Deputy Prosecutor and separated from any OTP staff member with any connection to the original trial proceedings can help unearth the truth.

Post a comment
WATCH: The latest videos from the Star
by OLIVER MATHENGE @OliverMathenge
News
04 May 2016 - 05:00
Read The E-Paper