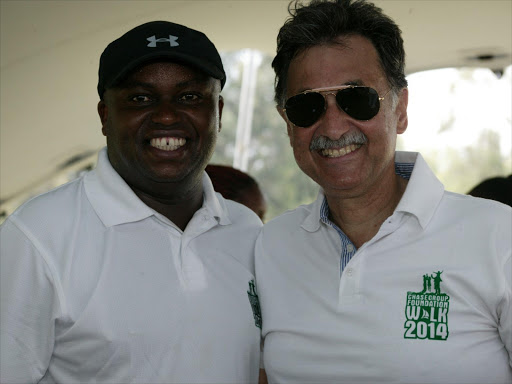 Chase Bank has confirmed group managing director Duncan Kabui and chairman Zafrullah Khan have resigned from their positions amid growing public concerns over the health of the bank.

The medium-sized bank popular with SMEs said in a statement that Muthoni Kuria, a career banker who has been on board for the last three years, has taken over as chairperson.

Paul Njaga, who has been chief executive and deputy group MD, is still in office.

Kuria said the exit of the two is linked to the bank's financial performance in 2015 where the bank has sank into a Sh742.80 million net loss from a profit of Sh2.31 billion in 2014.

“The board would like to reassure all its customers, partners and the general public that Chase Bank is a strong, sound and transparent institution that has operated in Kenya for 20 years,” he said in a statement.

“The shareholders of the bank who count among the world’s leading institutional investors from Germany, France and Switzerland have fully supported the changes and remain committed to the partnership with the bank.”

CBK governor Patrick Njoroge, who has been hard on bank chiefs when it comes to corporate governance malpractices, earlier on Wednesday refused to discuss “specific institutions”.

He termed the reports of possible financial stress at Chase Bank as “malicious rumours”.

Asked about the health of small lenders, the governor said “no one has the right to shout 'fire' in a crowded theatre”.

Post a comment
WATCH: The latest videos from the Star
by CONSTANT MUNDA, @mundaconstant
News
06 April 2016 - 15:00
Read The E-Paper