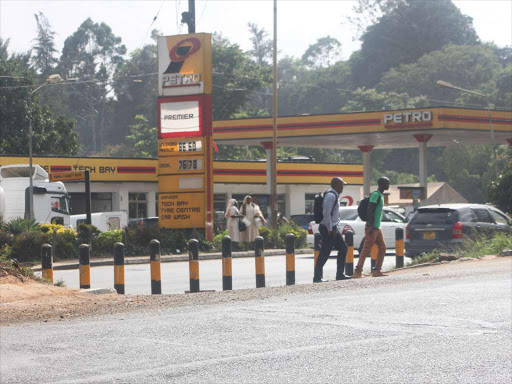 The Judicial Service Commission has apparently confirmed that the central figures in the Judge Tunoi bribery scandal did meet at a petrol station on Waiyaki Way.

Tunoi and Kidero have vociferously denied that they were present at a meeting where the money was handed over at a petrol station in the presence of lawyer Katwa Kigen, former journalist Kiprop Chirchir and middleman Geoffrey Kiplagat. Kigen and Chirchir have also denied being present.

However it has now emerged that Judiciary Ombudsman Kennedy Bilali told the JSC special committee that a meeting did take place and this influenced the finding of the committee that "prima facie... there was inappropriate interaction between Hon Justice Tunoi and agents of a litigant in a matter pending before the Hon Judge".

"An analysis of the phone records of key players shows that they all converged at Petro petrol station along Waiyaki Way on August 27, 2014 and that the actors were tracked through IMEI and CDR as their calls were reflected in the informant's mobile phone," Bilali told the JSC committee.

The phone records were analysed by the National Intelligence Service who also confirmed other communication between the various players including Tony Tunoi, son of the judge, John Osogo, an aide to the governor, Mike Njeru, a businessman, Kigen and Chirchir.

Formner journalist Geoffrey Kiplagat claimed that he facilitated payment of the bribe but never received the Sh30 million facilitation fee that he had been promsied. However there is no direct evidence to prove that any money exchanged hands.

Justice Tunoi will this morning face a seven member tribunal chaired by Sharad Rao which was appointed by President Uhuru Kenyatta on February 23 to investigate the allegations against him.

The phone analysis also revealed that Kiplagat had been in communication with a phone belonging to the judge.

The JSC committee concluded that Justice Tunoi and Kiplagat knew each other.

However Osogo and Kigen told the JSC that they were only in contact with Kiplagat because they were trying to get hjim a job with Nairobi County.

“It is surprising for the committee to note that in spite of what the witnesses said about Kiplagat , he was accorded VIP treatment in the city hall including use of VIP entrance to the VIP office. Mr Kiplagat got the same treatment from staff in the Hon Justice Tunoi’s chambers where he was offered tea and newspapers during his frequent visits to the judge,” the JSC report states.

The committee wondered why the various players engaged intensively with Kiplagat but suddenly cut their communications with him after the election petition judgment in August 2014.

“The committee sought answers as to why all players engaged with Mr Kiplagat in the manner that they were during this period and why all the calls to Mr Kiplagat came to a sudden end after judgment with each key actor subsequently describing him as a nuisance,” report reads in part.

The election petition was brought by Ferdinand Waititu, now Kabete MP, but who lost the Nairobi gubernatorial election in 2013.