State House to defend need for an extra Sh1.2 billion 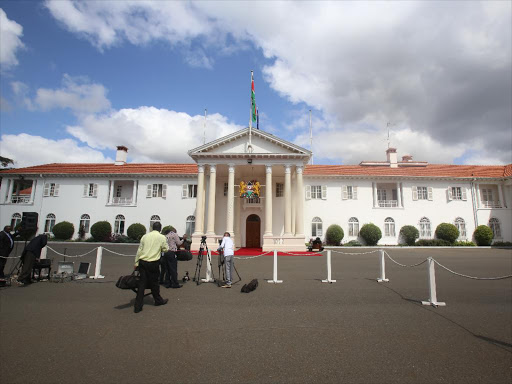 State House has a date with Parliament today to justify the need for an additional Sh1.2 billion in the current financial year.

State House Comptroller Lawrence Lenayapa is scheduled to appear before the Administration and National Security Committee of the National Assembly.

The Supplementary Budget for the 2015-16 financial year prepared by the National Treasury was tabled in the National Assembly last week.

Treasury has allocated the presidency an additional Sh1.2 billion for recurrent spending while the development budget has been reduced by Sh806 million.

This means President Uhuru Kenyatta and Deputy President William Ruto will have their budget increased by Sh434 million to Sh8.2 billion.

Ruto’s office will get an additional Sh610 million, while State House Affairs will get a Sh428 million top up.

Some Sh100 million has been set for domestic travel, rentals of produced assets and other operating expenses under the Office of the Deputy President.

There is also Sh153 million that has been allocated to the Lamu Port Southern Sudan-Ethiopia Transport project.

The National Treasury has also proposed that Cabinet Affairs gets an additional Sh276 million, of which Sh243.9 million will go into hospitality and supplies.