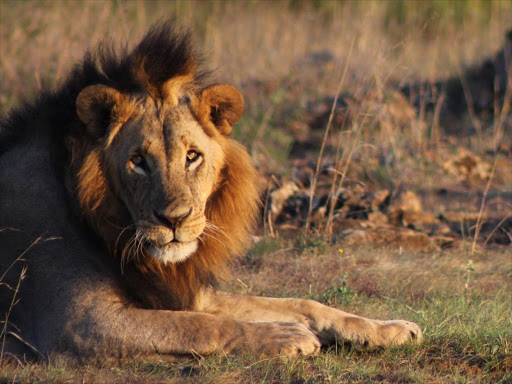 A lion at the Nairobi National park. Photo/MONICAH MWANGI

Two lions have been spotted in Kitengela, a day after one was gunned down in Isinya after injuring a man.

Members of the public have reportedly threatened to kill them.

Kenya Wildlife Service officers said they had dispatched a chopper, with veterinary officers, to locate the animal.

Mohawk, a famous 13-year-old lion, was

after being cornered by KWS rangers at 9am on Wednesday.

The star tourist attraction belonged to the King Fisher group of lions.

The lion believed to have wandered out of Nairobi National Park on Tuesday night was seen in Isinya Plains near County Resort, some 15km south of the park.

Images on social media showed the lion walking in a grassy area next to the fence of the park at around 9am. They also showed residents gathering around it, some perched on the back of light trucks.

KWS officials said it was killed to prevent more injuries as the situation was "beyond salvation".