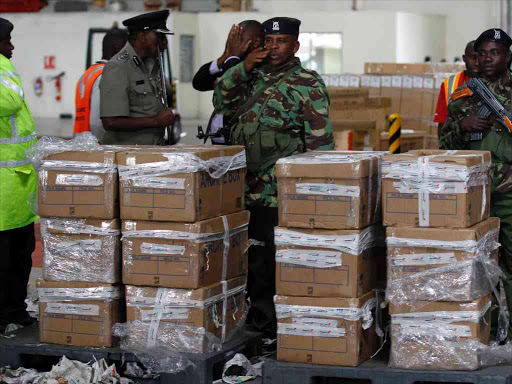 Ivory worth Sh 6.4 million was found at the JKIA on Tuesday in a consignment destined for Bangkok, Thailand, from Maputo in Mozambique.

"The ivory had been concealed as gemstones," said police officers in charge of screening at the Jomo Kenyatta International Airport in Nairobi.

They said the 18 pieces of raw ivory were discovered at the screening centre prompting the seizure.

Airport head of DCI Joseph Ngisa said there were 22 stones in the cargo.

“The rest were just stones disguised as gemstones," said Ngisa.

He said no arrest has been made though authorities in Mozambique have been alerted and asked to pursue the case.

Post a comment
WATCH: The latest videos from the Star
by PATRICK VIDIJA, @vidijapatrick
News
30 March 2016 - 09:00
Read The E-Paper