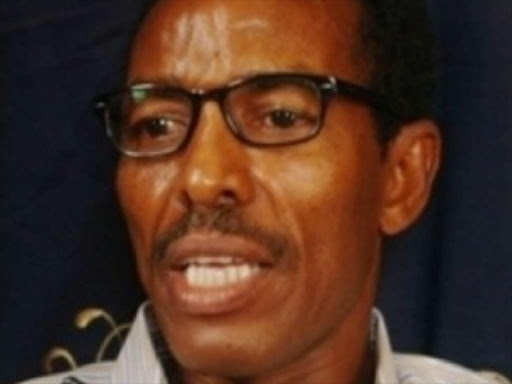 THE National Intelligence Service, in collaboration with the police, on Monday tracked down and arrested a wanted Somali warlord and suspected al Shabaab financier in Nairobi. The Star has learnt Abdi Siyaad, alias Abdi Waal, was wanted for terror attacks in Mogadishu.

He was arrested at an undisclosed hotel. Siyaad was taken into custody by officers drawn from the NIS, the Flying Squad and Somalia’s National Intelligence and Security Agency. Handcuffed, he was taken to Wilson Airport and flown to Mogadishu aboard a Somali chattered flight which landed at the Aden Abdulle International Airport. Interior ministry spokesperson Mwenda Njoka did not confirm or deny the arrest.

However, he said there is comprehensive bilateral collaboration in dealing with armed groups and their financiers. Sources said Siyaad has Kenyan identification documents. It is not clear how he has gotten the documents. He escaped the Somali police dragnet many times after raids on his home in Mogadishu. Siyaad is said to behind the Jazeera Hotel attack in Somalia, in July last year. Ten were killed. He becomes the second highprofile arrest made in Nairobi after former journalist Hassan Hanafi.