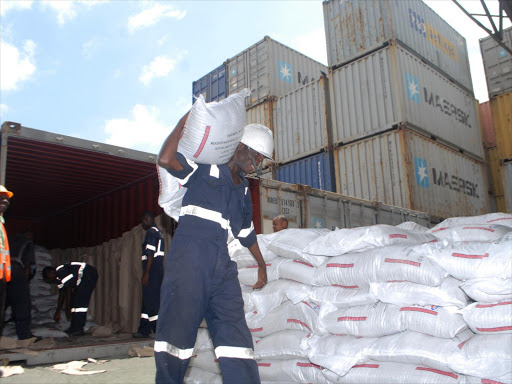 Four KRA officers were charged on Thursday with perpetrating tax evasion-related crimes, the taxman has reported amid a raft of new customs procedures.

The four employees of the Kenya Revenue Authority are on suspension

formerly attached to the KRA Customs and Border Control Division in the county.

On Wednesday, officials found 20 containers of contraband sugar at

Autoport CFS, which had been alongside Portside amid reports linking them to smuggling.

The consignment, which had been declared as floor sanding machines and related hardware tools, has an estimated tax value of Sh36 million, said Grace Wandera,

The closure came after an executive directive by President Uhuru Kenyatta, who oversaw the destruction of illicit rice, ethanol and sugar allegedly cleared by the CFSs.